During these last days, the criticisms are restrained with the last telephone presented/displayed by Google at the beginning of this month: the Pixel 2 XL. The truth is that the device is not having an easy start, and a lot of blame lies on the 6-inch Plastic-OLED screen made by LG Display that counts the terminal.

After several media echoed certain color problems, viewing angles and panel granulation, this morning the alarms were jumped on discovering a really serious failure – which Google is already investigating – that could affect a good number of units of the terminal: some users claimed that their screen had been burned because of the famous burn-in effect . Fortunately, this issue comes within Google’s warranty program, so affected users can proceed to a terminal replacement.

Also Read: The camera of the Huawei Mate 10 Pro is placed as the second best according to DxOMark

However, this is not a problem that affects only the latest model of Google. Not much less. This is a very common alteration, which can occur in a large number of devices if the necessary conditions are met. So, today we are going to explain how you can check if this effect is affecting the screen of your mobile, and how it could be avoided.

First of all, what is the ‘burn-in’ effect?

The burned effect manifests as permanent discoloration in a specific area of the screen due to the appearance of static content in the area over an extended period of time. In the case of the Pixel 2 XL, the component of the interface that seems to be causing this effect is the Android native screen navigation bar, although others like the status bar could also end up causing a similar problem.

That’s some pretty wild OLED burn-in on the Pixel 2 XL after maybe 7 days of full-time use pic.twitter.com/EPJTs6D0Kg

This problem usually affects mainly phones with an OLED display, since this type of panel technology is more susceptible than others such as IPS or LCD. In fact, in the most phone and electronic stores where we find OLED display smartphones such as those of Samsung, exposed, it is easy to see this problem much more accentuated because this type of terminals remains for hours with the same static image.

Read Also :  The Xiaomi Redmi 5A is already official, the low range has another candidate to the throne

However, there is also the image retention effect, much like burn-in, but somewhat less severe. This second effect can also affect the LCD panels, and although it also shows a static ‘ghost’ image on the screen, it usually disappears after several seconds or minutes, which makes it easy to differentiate the type of problem in question.

How do I check if it affects my mobile?

Checking if the ‘burn in’ effect affects a screen is relatively simple. It would be enough to put an image of a uniform color in full screen and observe the points where static images usually appear, such as the navigation buttons or the status bar. Either of the two images provided below may serve this purpose.

To avoid confusing the possible image retention effect with a real burn on the screen, it is advisable to remain several minutes observing the image , and later to check on the points where static images usually appear to see if there are alterations in the panel.

Considering that the burnt screen effect is caused by static images on OLED panels, eliminating this problem would be as simple as preventing images from appearing on the same part of the screen for an extended period of time . However, it is not as easy as it seems … at least without resorting to third-party tools.

First, there are components of the interface, such as the status bar or the navigation bar – in devices that do not have physical buttons – which can not be hidden by default in all applications, although with Android 4.4 KitKat introduced a method for this called immersive mode .

Luckily, in Android we have tools that allow us to force the immersive mode whenever we want. Although most apps of this type require root or superuser permissions, Fulscrn Free is an app that lets you hide status bars and navigation . Of course, this is only a temporary solution, especially considering that the limitations of the operating system make the app may not work well at all times. 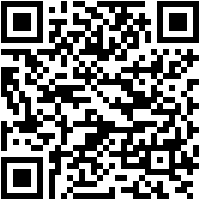 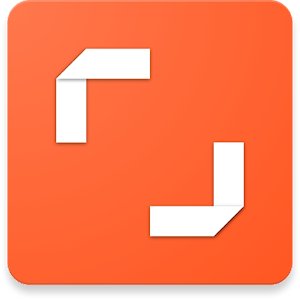 And you, do you suffer this problem on your mobile?

The five most striking novelties of Android Oreo 8.1

The arrival of Android Oreo 8.1 begins to take its first steps to make it official. Google has released the trial version, the Read more

MilesWeb is an established web hosting company located in India. It is a premium solution for web hosting.They have servers Read more

Do you want to be inside WhatsApp without anyone seeing you? Learn to do it here

The most important instant messaging application of the moment hosts millions of chats per day. Through the interaction between hundreds of Read more

How to convert audio files from WhatsApp to mp3

The implementation of voice messages in WhatsApp has been one of the greatest successes of the application belonging to Mark Zuckerberg. Virtually all Read more